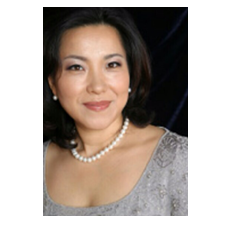 Heejae Im graduated from the Yonsei University in Koreawith the highest honor majoring in voice in 1987. While she was in the senior year, she won the grand prize in the Dong-Ah Competition. She had her Master's degree and Graduate Diploma from the New England Conservatory of Music (NEC) with the highest honor in 1989 and 1991. She finished the PHD course works at Boston University in 2000. She won the First Prize in Patron's Award Competition twice at the NEC. Heejae was the Metropolitan Competition Regional Finalist in 1994 and Fridrich Schorr Memorial Performance Prize Competition finalist in 1997.